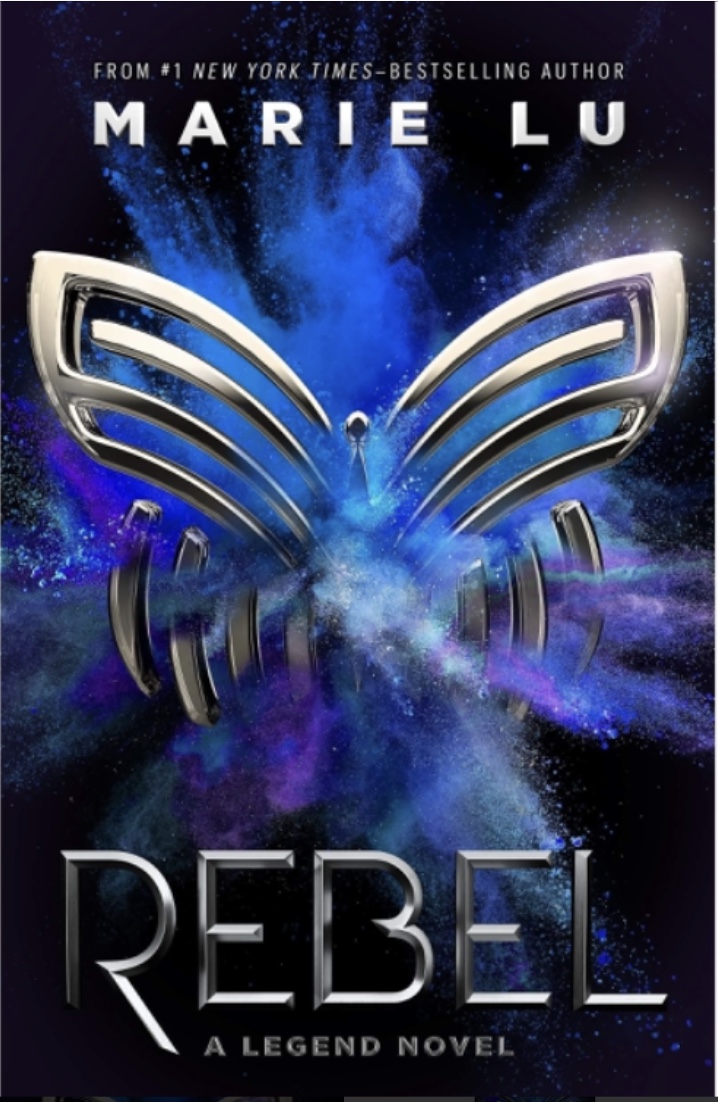 Six years have passed since 2013, which was when Marie Lu (Warcross, The Young Elites) wrapped up her YA dystopian Legend novel series by publishing the third—and what was intended to be the final—entry, Champion. Just recently, however, on October 1st, she released the fourth book, Rebel—a moving story that digs deep into the heart and thrills of Legend and provides much-needed closure for devoted fans.

Rebel takes place ten years after the events of Champion, ten years after Daniel “Day” Altan Wing and June Iparis teamed up to lead a revolution that transformed the Republic of America. But Daniel has put behind him his alias as Day, the teenage boy who once sneaked through the slums as the Republic’s most wanted outlaw before inadvertently becoming the face of a national rebellion. Now, Daniel works as an operative for the Antarctican Intelligence Service in Ross City, Antarctica. He also lives with his kid brother Eden Bataar Wing, a genius inventor who is about to graduate with honors from Ross University of the Sciences. Together, they have settled down in a seemingly utopian city that uses the gamified Level system to keep track of your actions, whether you’re watering a plant, getting a good score on an exam, stealing, or starting a fight. Points are added to and deducted from your Level accordingly, determining your home, your healthcare, your job, and other privileges.

In the first three installments of the Legendseries, the saga unfolds through a first-person narrative that alternates between Daniel and June, the dual protagonists. Lu continues to use alternating viewpoints in Rebel, but switches between Eden and Daniel instead. Up to this point Eden has been a supporting character whose role in Legend has had pivotal consequences; it’s likely that the revolution against the Republic wouldn’t have started if Daniel hadn’t broken into a hospital in order to try to steal a cure for the plague with which Eden had been infected.

Any fan of Legend knows that Lu excels at writing her protagonists with rich and endearing voices, so it’s no surprise that Eden’s perspective makes him feel as relatable as Daniel or June. His resolve and attitude remind me of his older brother, but he’s also a person who has managed to retain some of his youth and innocence despite the murky nightmares he has about the once-tyrannical Republic and the family that he and Daniel lost. He often feels disconcerted toward the flaws in the Level system that leave a large portion of the population struggling in the Undercity, the ground floors of Ross City where poverty and crime fester and people find it almost impossible to earn points and raise their Levels. Eden also expresses frustration with his brother’s overprotectiveness and his willingness to turn a blind eye to the Level system’s shortcomings. At the same time, when we’re reading the book from Daniel’s viewpoint, we understand his commitment to guarding his younger brother from danger, even if it means ignoring the city’s problems. He also struggles with his own nightmares about the Republic and the fragmented memories of the arduous life he once led there, a life we’re able to learn a little more about through flashbacks, and he attempts to reconcile himself with his feelings for June, who was once the love of his life. In the end, it is compelling to follow both Wing brothers as they make efforts to recover from the psychological scars that the Republic left on them.

The points-based Level operation of Ross City was originally introduced in Champion, but as fascinating as it was, it was ancillary in relation to the war that was taking over the Republic. Lu compensates for that by flexing her world-building muscles and putting the Levels front and center in Rebel. She presents a city that can captivate us with its most utopian aspects, including its Levels and its augmented reality tech (sci-fi elements that the author has also explored in her Warcross duology), yet disquiet us with the social tiers of its biased system. We’re taken back to the Republic for a short time as well, and it’s satisfying to see how the militarist country has changed for the better over the past decade. The cinematic and well-paced plot will keep readers hooked as Eden ventures a bit too deeply into the Undercity and crosses paths with Dominic Hann, a ruthless crime boss who plans on overthrowing the city. It’s pleasant to see Hann develop as a satisfying villain, his arc gradually revealing him to be as vulnerable and sympathetic as he is cold-blooded and shrewd.

Both June and Daniel have been incredibly likable protagonists in the Legend series, but if I had to pick one of them as my favorite, it would have to be June, the military-prodigy-turned-lead-commander. I enjoy her toughness, her ability to pick up on the tiniest details with her analytical eye, her emotional complexity. So admittedly it’s disappointing that June doesn’t have her own point of view in Rebel. But she still remains prominent in the plot, and I find that my favorite scenes consist of the lengthy talks she shares with Daniel. They open up so much during these scenes that you can tell how much they love each other, even after being apart for ten years. In my opinion, their status as the perfect ship is unquestionable, particularly after Rebel‘s touching final chapter.

Let me end this review by articulating how gratifying it is to have Rebel conclude the Legend series. Don’t get me wrong, I love the ending of Champion, which is initially heartbreaking and somewhat difficult to accept, then gives us a glimmer of hope before leaving Daniel and June’s future open to our interpretation. Over the past several years, though, this ending has left fans hungry to know more about what happened to them. But now, Rebel presents one more opportunity to return to their world and give their story the resolution it deserves, cementing Legend‘s place in my library as my favorite young-adult dystopian series.