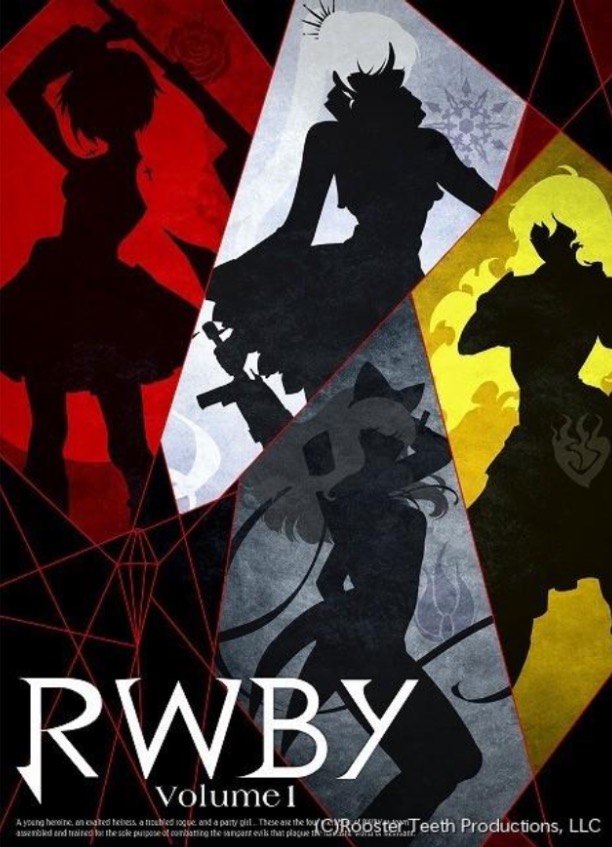 An action-packed tale that blends core elements retold over and over again in movies and books, RWBY: Volume 1 could have turned into a vanilla series. But Rooster Teeth, founded in Austin, Texas in 2003 with its science-fiction machinima web series Red Vs. Blue, went above and beyond to make it special, infusing the episodes with zest all the way through.

In the fantasy world of Remnant, young people are being trained to become Huntsman and Huntresses who can defend their homes against the destructive Creatures of Grimm. The story focuses on Ruby Rose, an excitable young girl who has built her own sniper scythe called Crescent Rose, and Yang Xiao Long, her fierce sister, as they get enrolled in Beacon Academy. There they meet Weiss Schnee, the lofty heiress of the Schnee Dust Company, and Blake Belladonna, a reclusive girl hiding a deep secret about her identity. The four of them have to figure out how to work together after Beacon organizes them into Team RWBY, after which they fight not only Grimm but also a crime lord and members of the extremist White Fang organization.

Volume 1 consists of sixteen episodes, each one varying between four and fifteen minutes. The first episode certainly starts off well, drawing you in by briefly explaining the world of Remnant and how it uses a material called Dust as a fuel source. This segues nicely into the crime lord, Roman Torchwick, and his minions committing a robbery at a Dust shop. The fast-paced action that follows once Ruby interrupts the crime, the humor in the following scenes, the crisp dialogue that both displays the characters well and skillfully reveals a bit of exposition about Remnant — all of this is one small slice, and you’ll want to relish the rest of the pie.

A clear vibrancy is threaded throughout Volume 1, whether it manifests in the well-written dialogue, the energetic jokes and voice acting, the idiosyncratic and sometimes downright silly characters, or the world-building that grows Remnant into a character in its own right. Even the names have flavor, but they don’t sound like they came straight from one of those cheesy fantasy or sci-fi name concocters you find on the Internet. I especially like Team RWBY, which stands for the members’ forenames and their colors — red, white, black, yellow — although I do occasionally mix up RWBY (the acronym) with Ruby (the girl’s name). Other teams exist as well, like JNPR (juniper) and CRDL (curdle).

As we spend time with Team RWBY, we can’t help but start to bond with them through the banter they exchange, the amusingly irreverent comments that they make, even their stylized expressions. Of course, they’re living, breathing characters, which means they can encounter friction. This concentrates the most between Weiss and Blake as they clash over conflicting views on the White Fang, an extremist group made up of Faunus, who themselves are a race of humans with animal traits like bunny ears or a monkey tail. Not only is this a masterful way to handle exposition, but it adds depth to Weiss and Blake’s relationship for Volume 1‘s culmination.

But the storyline doesn’t solely follow Team RWBY. There is also Team JNPR, comprised of Jaune Arc, Nora Valkyrie, Pyrrha Nikos, and Lie Ren. Again, the relationships are there as Pyrrha meets Jaune and acts as a sort of guide for him. As for Nora and Ren, you can tell right away they’ve been close for a while, with her cheekiness bouncing off his calmness, and are comfortable with each other; their interactions include a couple of my favorite gags.

It’s surprising how much material — Aura, Semblances, the White Fang, Creatures of Grimm — is crammed into less than two hours worth of clips. It is advisable to binge-watch them, since some of the clips are pretty short, around six minutes. And the characters are often eccentric and impudent, which is partly why I’m such a huge RWBY fan, but I acknowledge that it may come off as irritating to some people.

Now, I’ve seen my fair share of beasts and fiends who pack together and form a collective terror upon the world: Orcs, Dementors, mutts, Grievers, Demogorgons, and heck, even those four-armed Outriders that attempted to invade Wakanda. There are even some monsters I created for my own stories that would be deemed just as repulsively creative. But the Creatures of Grimm really take the cake, the brutes who rise from the darkness to try and overtake Remnant. Typically black and white with red and yellow accentuations, manifesting as wolves (Beowolves), two-headed snakes (King Taijitu), bears (Ursa), giant scorpions (Death Stalker), boars (Boarbatusk), and large birds (Nevermore), the Grimm are a refreshing representation of the bestial army trope.

The combination of well-choreographed fight scenes with Ruby’s Crescent Rose; Ember Celica, Yang’s Dual Ranged Shot Gauntlets; Myrtenaster, Weiss’s Multi Action Dust Rapier; Gambol Shroud, Blake’s Variant Ballistic Chain Scythe; and many other inventive weapons make for potent results. One of my favorites is a war hammer/grenade launcher, Nora’s Magnhild, maybe because it reminds me of Thor’s Mjölnir. A fast-paced hard rock soundtrack with vocals by Casey Lee Williams and lyrics by Jeff Williams backs up those scenes perfectly. My favorite song is “This Will Be the Day,” which is used as the opening theme. Listen closely to the lyrics; they’re just as vigorous as Volume 1 itself. And the animation is superb to look at, the “3-D anime” style being quite different from what I’ve seen before. It feels like it should belong in a two-dimensional world, yet it fluidly captures the depth of 3-D animation.

There you have it, an animation series unlike almost anything you’ve seen before. You have to watch it, simple as that. By the way, set aside time to watch the rest of the volumes, too. I’ve seen them already and will be reviewing them in the near future. Trust me, the gusto does not stop.