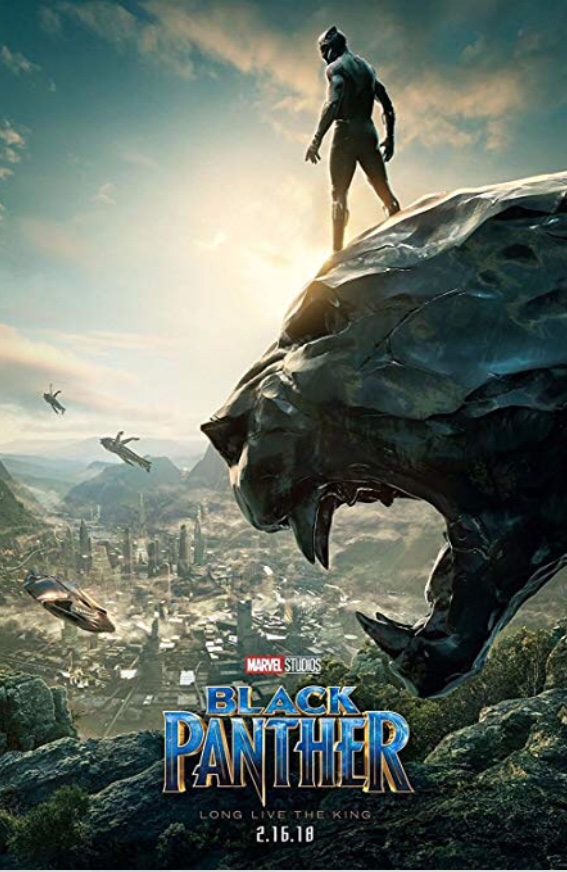 Black Panther is a vigorous testament to black power and a revolutionary breakthrough that will leave its mark on the film industry for decades to come. Oh yes, and it’s a stupendous entry in the MCU.

Following the tragic death of his father, T’Challa (Chadwick Boseman, Marshall, 42) succeeds him as the next Black Panther and the king of Wakanda, an isolationist African nation grounded in the history of its profound spirituality, its wide array of advanced technologies, and its exclusive deposits of a prized metal called vibranium. However, when Ulysses Klaue (Andy Serkis, Lord of the Rings, Planet of the Apes reboot trilogy), a gunrunner with a prosthetic arm that doubles as a sonic cannon, partners with a mysterious cohort known as Killmonger (Michael B. Jordan, Fruitvale Station, gen:LOCK) to steal vibranium, an unprecedented threat soon follows that presses T’Challa and his companions to protect not only Wakanda but the entire world from collapsing to tyranny.

It can be astonishing to realize just how marvelously (forgive the pun) Black Panther works on so many levels. Analyze it as an entry in the MCU, for example. The protagonists do fill superhero roles, but they also exist as real, fleshed-out human beings. As always, Marvel did a superb job casting talented actors to play characters like Nakia (Lupita Nyong’o, 12 Years A Slave, Us), T’Challa’s ex-girlfriend; Shuri (Letita Wright, Black Mirror, Doctor Who), T’Challa’s feisty teenage sister and head of the Wakandan Design Group; and Okoye (Danai Guriri, The Walking Dead), general of the Dora Milaje (the “Adored Ones”), an all-female team of elite bodyguards. The cast is rounded out well by Mother Queen Ramonda (Angela Bassett, What’s Love Got To Do With It, Strange Days), Wakanda statesman Zuri (Forest Whitaker, Bird, The Last King of Scotland), leader of the vibranium-shunning Jabari Tribe M’Baku (Winston Duke, Avengers: Infinity War, Us), and CIA operative Everett K. Ross (Martin Freeman, original UK version of The Office, The Hobbit trilogy).

The world-building for Wakanda is as detailed and vibrant as the colorful clothing created by Golden Globe-winning costume designer Ruth E. Carter (Do The Right Thing, Malcolm X). Hats off to Jordan for playing Killmonger as a pained, sympathetic antagonist. Of course, this is a Marvel movie, so we want tantalizing tech (a nanite-built Black Panther suit that appears and disappears out of a teeth necklace, Nakia’s ring blades, remote control vehicles) and amazing action (intense hand-to-hand combat sequences and a creative car chase in Pusan, South Korea).

But take a step back and study the film from an even greater scope. Directed by Ryan Coogler (worked with Jordan on Fruitvale Station and Creed) and co-written by Coogler and Joe Robert Cole (American Crime Story: The People v. O.J. Simpson), it weaves a strong tale of self-discovery with themes of black power, feminism, and geopolitics. It steers away from a trite, overt reliance on poverty and suffering. The powerful soundtrack reinforces the subtext thanks to Golden Globe-nominated composer Ludwig Göransson (Fruitvale Station, Creed I and II), who was so inspired by the months he spent in Africa that he used talking drums from Senegal for tracks like “Wakanda.” He’s also up for an Academy Award for Best Original Score. Kendrick Lamar produced several tracks for the soundtrack, including the Golden Globe-, Grammy-, and Academy Award-nominated lead single “All The Stars,” for which he collaborated with SZA.

Black Panther has already won the Screen Actors Guild Award for Outstanding Performance by a Cast in a Motion Picture. On the horizon, though, is its Oscar nomination for Best Picture, the first superhero movie to achieve such a feat. I can assure you, it has strong chances of winning the prestigious award. Even if it doesn’t, it will still be regarded as a cultural phenomenon for many years. Don’t forget, we can also muse on the ways Coogler could top this with Black Panther 2.